The inception of the Bentonville Police Department Honor Guard can be traced to a handful of officers who felt a desire to show respect for officers who had died in the line of duty. In 2015, a more formal team was established to provide additional training for those desiring to serve in the capacity.

Additionally, the Honor Guard members serve as a color guard to present the national, state and departmental colors at many community events, including departmental and regional law enforcement ceremonies, parades, and sporting events. The Honor Guard considers it a great honor to be involved in these affairs and members take great pride in representing the City of Bentonville and professional men and women in law enforcement.

Since 2015, the honor guard has participated in over 50 events. If you would like to request the Honor Guard for a special event email Detective Adam Corbett @ adam.corbett@bentonville.arkansas.gov or call (479) 271-5920. 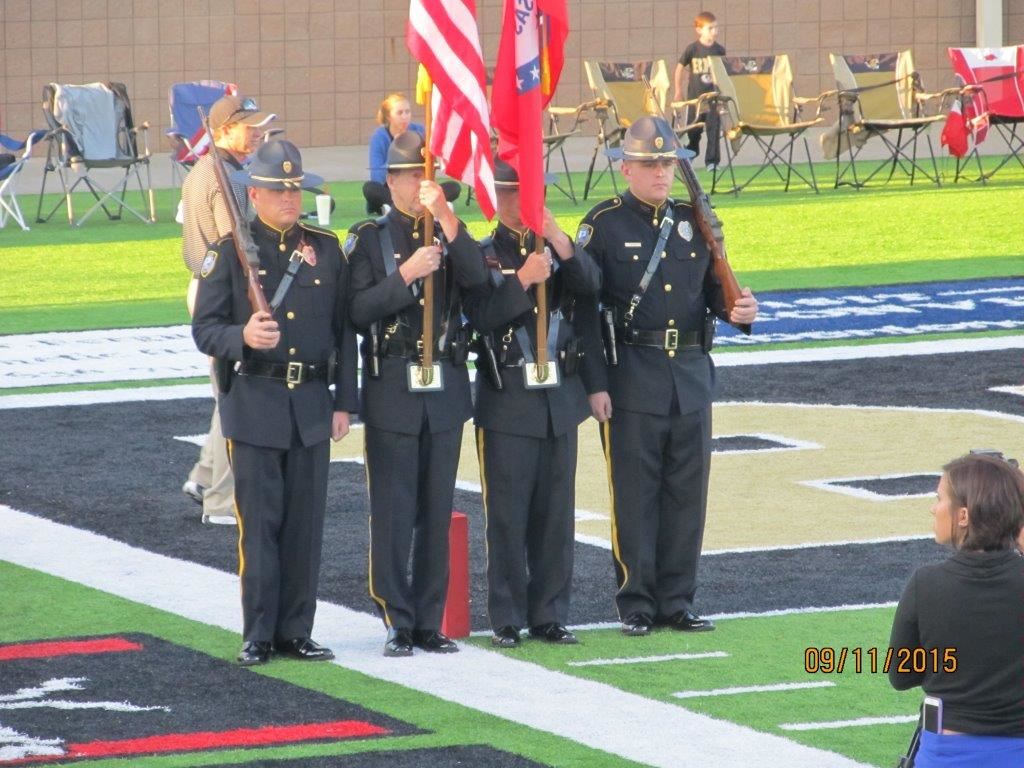