On September 15th, the Parks and Recreation Advisory Board voted to name the facility Merchants Baseball Park, in honor of The Bentonville Merchants, a local Semi-Professional Baseball Team of the 1940s and 50s. 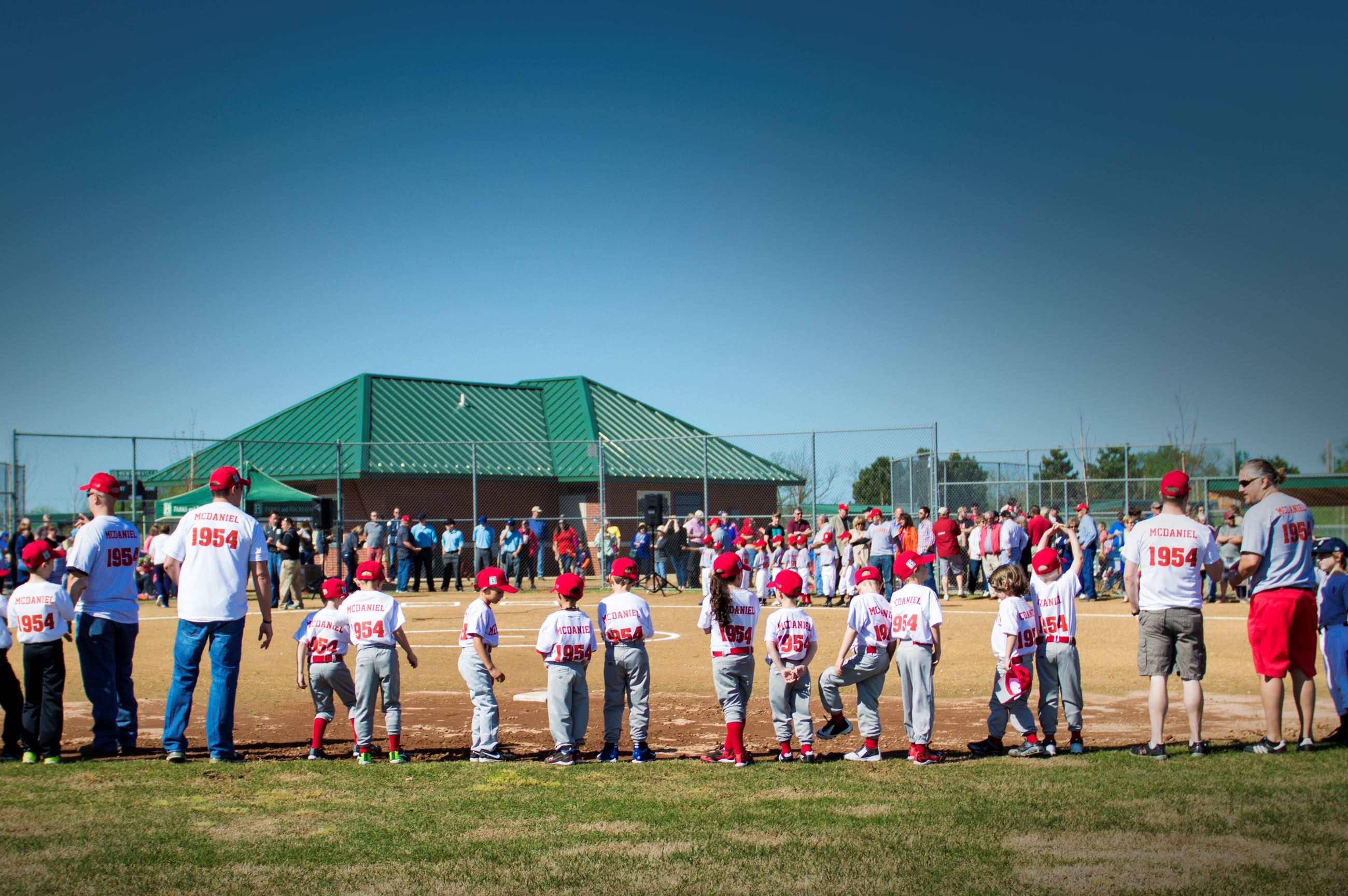 In 1954, The Merchants players and coaches believed that there was a need for youth baseball in Bentonville. Gaining community support, team sponsors for the first four teams, they created a program that would facilitate and support young boys' participation in baseball. They created what is now the Bentonville Youth Baseball League.

2014 marks the sixtieth anniversary Bentonville's youth baseball program, which began with four teams, has grown to include over 150 teams and 1,600 players.